A red dash is spotted in the night sky above a rotting and decaying Earth. The city of Savannah, once a prospering megapolis, has now been ruined and abandoned for hundreds of years. Small bands of scavengers dwell among the remains, and the vast majority of North America has become an unforgiving wasteland, populated by crazed desert tribes desperate to fulfill the mad whims of their made-up deities. Those least affected by the destruction quickly succumb to crime and corruption in absence of a stable government. In want of something greater than their broken lives, these individuals follow the signal from the sky and search for the crash. What lies behind this mysterious incident? Is it hope? Redemption? Aliens?

Not even the maddest of Maxes could save these fools.

Humans vs. Humans: Wasteland (HvH) is a Live-Action Role-Playing game that revolves around team-based combat using Nerf or alternative brand foam blasters. Over the course of multiple days, players can participate in faction-led missions, buy class upgrades with in-game currency, and unearth the secrets of the wasteland in a heavily detailed ARG.

It’s like playing a video game in real life! No longer do you have to shout in the void of digitally rendered spaces only to hear an echo: when real people are interacting with you, they have to respond!

These .zip folders contain everything you need to run your own HvH: Wasteland game. Rule information, mission guidelines, story write-ups, concept art pieces, prop guidelines—it’s all there and more!

So what are you waiting for? Download HvH: Wasteland today!

Post-apocalyptic wasteland not your thing? Check out our other game set in the Wild West here.

Is the dev team SCAD2018 named after Savannah College of Art and Design?

Hey, Colton here! Yes, this game was created from a club we founded on campus. Everyone on the dev team went to SCAD at the time except Joseph, who transferred two years prior. 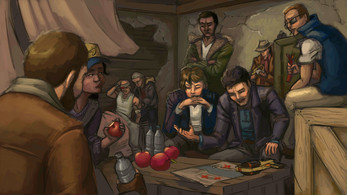 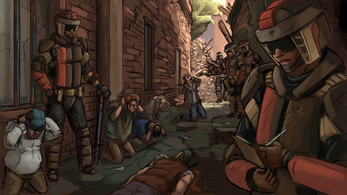 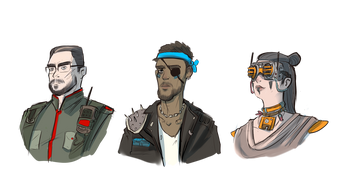 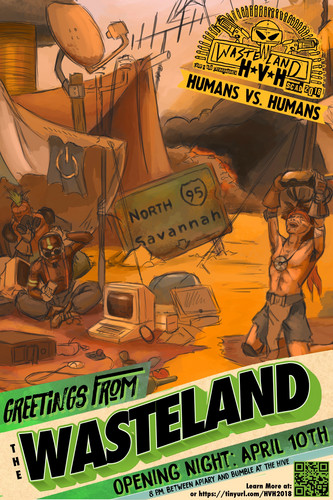 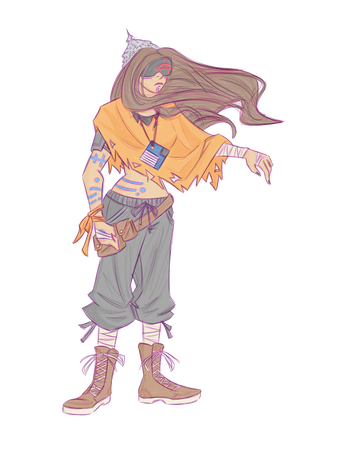